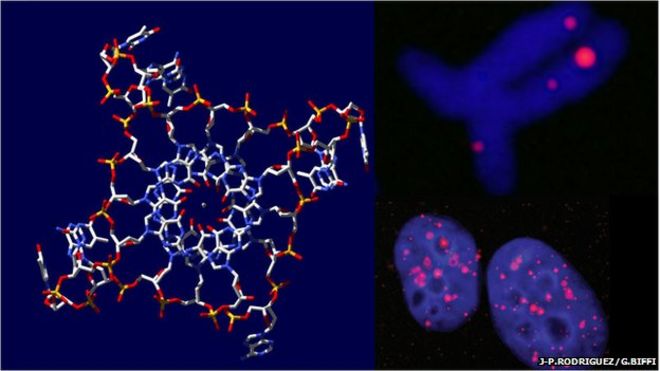 Yes, you heard it right for the first time ever, scientists find quadruple DNA in healthy human cells.

“We’ve undoubtedly demonstrated that the quadruple-strand DNA forms in living cells,” says Marco Di Antonio at Imperial College London. “This forces us to rethink the biology of DNA.”

How does quadruple DNA form?

The DNA molecule is made up of 4 nucleobases- guanine, adenine, cytosine, guanine, and thymine, which can configure themselves in multiple ways.

At times, it happens so that the DNA can double up to form quadruple helix DNA, formed by sequences rich in guanine. Guanine is the only known nucleobase that is capable of forming bonds with each other. The quadruple DNA usually occurs helically in nature and contains the guanine bases stacked on top of each other.

The unimolecular regions are usually seen at the ends of the chromosome/ telomeric regions. This is usually seen in microbes, oncogenes and now in healthy human cells.

Time to rethink the biology of DNA:

The DNA was viewed by Di Antonio and team from the University of Cambridge. The team viewed the DNA within the human cell by attaching a novel fluorescent marker.

Quadruplexes, in the primary region of the DNA, act as an “on” and “off” switch particularly for the genes associated with cancer. Previous research suggests that the quadruple DNAs can be used as molecular targets to diagnose cancer at early stages.

Although Di Antonio and the team are aware of the DNA function, it is still a mystery on how a cell knows where to express the gene or decrease its activity. The researchers hypothesize that the quadruple structure may hold the door open to facilitate the reading of the genetic code.

This recent discovery adds to the evidence that the quadruple portions are a normal part of DNA regulation and function. It has also made us realize that we need to rethink our whole biology and that our view of double-stranded DNA may be out of date.

Though the new discovery can be assumed to be a native state of DNA, it is another example proving that DNA is not a fixed shape or structure.