Nobel Prize 2019: How Cells Sense and Adapt To Oxygen Availability 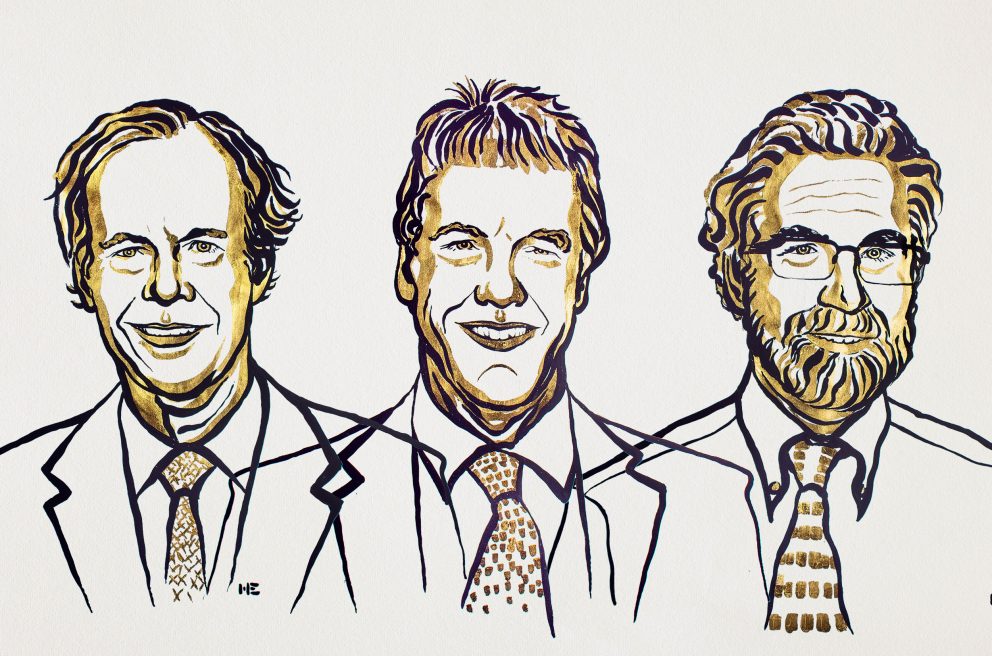 The 2019 Nobel Prize in physiology and medicine is awarded to the trio of scientists – William G. Kaeling, Gregg L. Semenza and Sir Peter J. Ratcliffe for the discovery of sensing and adaptation mechanism of cells to oxygen availability.

We all know how crucial oxygen is for the existence of an organism. It helps to convert the food into a useful energy source, which in turn drives multiple biochemical pathways within the biological system. Though we are acquainted with the importance of oxygen for decades, the basic understanding of how cells acclimatize to the shift in the oxygen levels within an organism is yet to be inferred.

The discovery by the trio of scientists has helped in identifying the underlying molecular machineries playing role in modulating the gene expression in response to changing oxygen levels. The findings have also unveiled how fluctuating oxygen levels alter cellular metabolism and physiological function. It will be very useful in developing new strategies to combat various diseases like cancer, anemia and more.

The conversion of food into the energy source in mitochondria is an oxygen-dependent mechanism. This shows a sufficient level of oxygen is very critical. The evolutionary development has helped in coming up with a unique mechanism that helps in maintaining the sufficient levels of oxygen supply to all cells and tissues. For example – the presence of the Carotid body in the neck region is a remarkable illustration of cellular mechanisms adapting to changing levels of oxygen. These bodies consist of specialized cells which mediate the oxygen levels in hypoxia-like condition. Similar to this another significant mechanism is EPO dependent response to hypoxia conditions. Wherein low levels of oxygen lead to an increase in levels of erythropoietin causing a rise in red blood cell production (A process called erythropoiesis). However, the understanding of how this process is dependent on oxygen was missing. To find that scientists started to study the EPO gene. Some of the results showed that certain genetic elements present next to the EPO gene play a vital role in controlling the levels of oxygen.

Meanwhile, Sir Peter Ratcliffe was also studying the same phenomenon. Later both the research group found that the oxygen sensing mechanism is commonly present in almost all cells and tissues. On the other side, scientist Semenza was trying to unfold the cellular components involved behind this sensing mechanism. He found a protein complex named as Hypoxia Inducible Factor (HIF) which binds to DNA segments in oxygen-dependent manner. Scientists soon purified the respective protein and identified associated transcription factors (HIF-1α and ARNT) mediating the sensing mechanism using HIF.

Demystifying the Role of VHL

The level of HIF-1α is inversely proportional to the oxygen levels. Certain studies showed that under normal circumstance HIF-1α is protected from degradation. However, under hypoxia conditions, the HIF-1α undergoes ubiquitin-dependent degradation in the proteasome. But how ubiquitin binds to HIF-1α in an oxygen-dependent manner was a big mystery. The answer to this name from the finding of scientist William Kaelin when he was studying an inherited genetic disease named Hippel-Lindau’s disease (VHL disease). Families with VHL mutations are considered to have a higher risk of cancers. Further studies showed that cells with VHL mutations exhibited increased expression of hypoxia-regulated genes. However, upon reintroduction of the VHL gene into the cells the condition turns back to the normal. This highlighted a significant relation between VHL and hypoxia. Other similar studies showed that VHL is a crucial part of the protein complex playing role in marking cellular components for degradation in proteasome in a ubiquitin-dependent manner. Thus, a key discovery was made which demonstrated the VHL interaction with HIF-1α and its subsequent degradation in an oxygen-dependent manner.

Another missing piece in the puzzle of understanding the oxygen sensing mechanism by cells was to understand how changing oxygen levels mediate the interaction between VHL & HIF-1α. Upon further investigation, scientists discovered hydroxylation as a key in the entire process. They discovered that under normal levels of oxygen, two hydroxyl groups are added to HIF-1α at certain sites, a process known as prolyl hydroxylation. This allows VHL to recognize HIF-1α leading to subsequent binding and controlling degradation of HIF-1α in an oxygen-dependent manner. Scientists soon identified the enzymes involved in the hydroxylation process. Later, certain findings also showed that genes involved in the activation of HIF-1α are also regulated by oxygen-dependent hydroxylation.

Unveiling the oxygen sensing mechanism in the organism is breakthrough research due to its wide application. From the adaptive response in muscle during exercise to immune system response in the body, oxygen sensing plays a very critical role in channelizing these biological processes.  Besides this, it also has a significant role to play in a number of diseases such as anaemia, cancer and more. The Noble prize-winning research has led the path for many other scientists and pharmaceutical companies to develop new drugs targeting this oxygen-sensing mechanism.