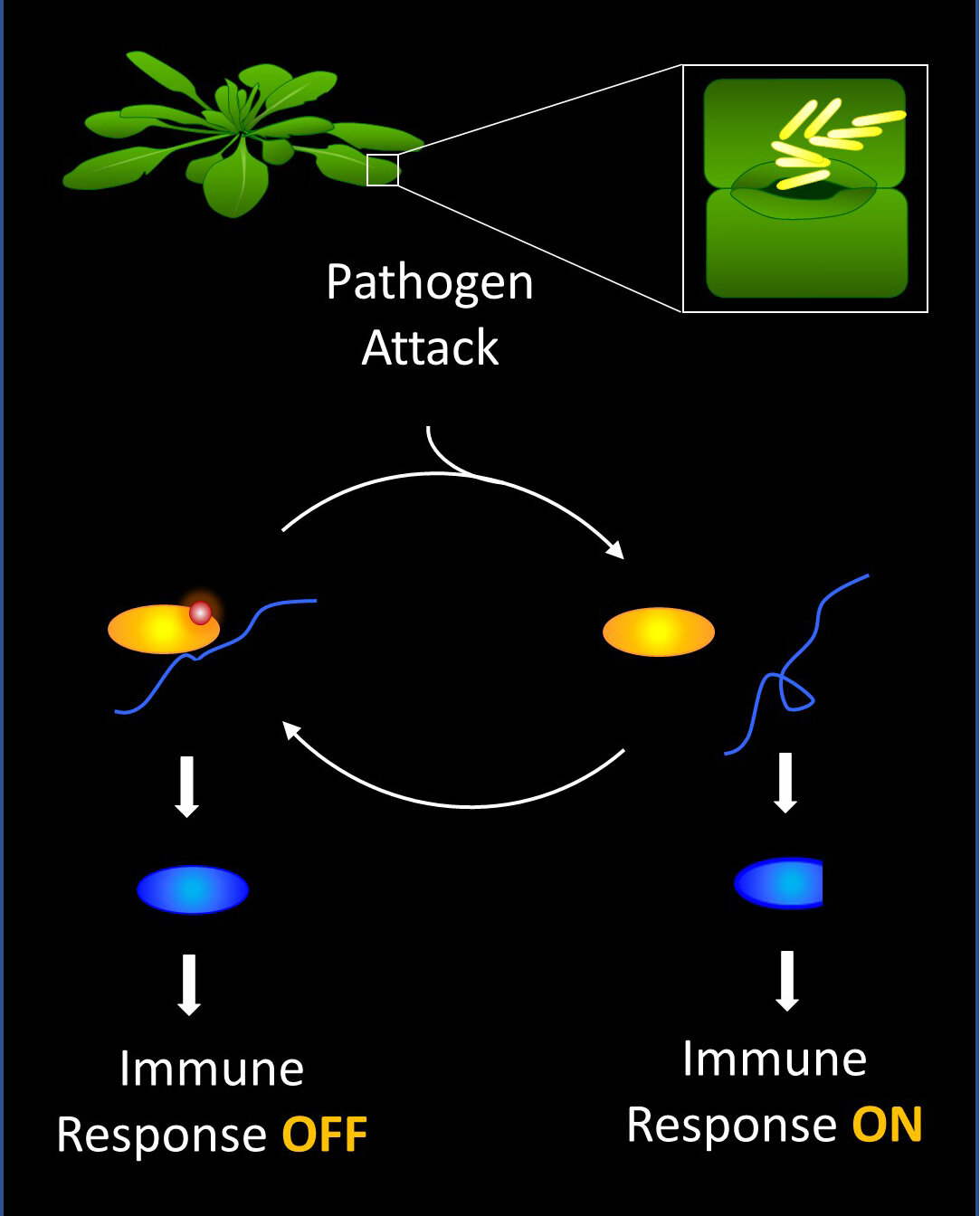 Living systems are known to be equipped with self defense mechanisms, and plants are no exception. For the first time, experts find a novel “on-off switch” in plant defense.

The main purpose of an immune system is to protect the host from any harm. All living organisms are equipped with an immune system, and plants are no exception. Plants are home to rich sources of nutrients attracting many organisms including fungi, bacteria and vertebrates. Although plants lack an immune system as complex as humans, they do have stunning forms of chemical, structural and protein defense that experts are trying to understand.

Plants immune defenses are designed to detect any living organism and stop them from causing any extensive damage. Plants are equipped with multi layers of surveillance mechanisms that are capable of recognising potentially dangerous pathogens.

The defense mechanisms are specifically programmed and operate through a complex network. They are timed for effective and rapid response against the predators, yet at the same time are controlled to avoid any damage to the host.

Keini Dressano, Alisa Huffaker and team from the University of California San Diego, have recently discovered a novel ‘on-off’ switch in the plant defense system.

The new switch mechanism is an RNA binding protein that can help turning on immune responses a few minutes after being attacked. They also observed that it was capable of switching off the immune response hours later, to prevent self inflicting damage.

“These findings have provided new insights into how the complex intricacies of plant immune responses are orchestrated to successfully fight off pathogens, and lay a path forward for improving plant disease resistance to ensure future food stability,” said Huffaker, an assistant professor in the Section of Cell and Developmental Biology.

Science behind the discovery:

The novel discovery was found in arabidopsis plants, and it was found to control splicing of the mRNA transcripts that encode signalling protein regulators if the plants defense system.

“This work went beyond simply identifying a new regulator of plant immunity,” said Huffaker, of the detailed mechanisms uncovered. “We discovered specific chemical modifications that control regulatory function, transcriptional targets of the regulator, differential splicing of the targets and precise effects of splicing on both target function and overall plant immune responses and disease resistance.”